We're improving the ability
to manage projects and changes.
#changesbetter

Practical trainings, simulation games, certification classes and more! Interactively, including simulations and games created by us. Or we will prepare you for the PMI, IPMA and PRINCE2 exams with a guarantee of success.

We will help you make changes better! Whether you are solving a project, developing a product or undergoing an agile transformation, we will always approach you individually and on a partner basis.

NEW ON THE BLOG 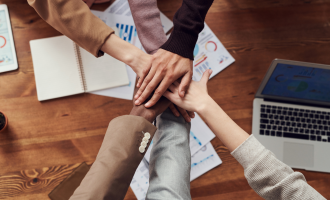 We can best imagine what team development is based on our own experience. Whether we are working on a project or product development or a similar activity, we often work with other people. Usually, such a grouping is called a team. But there is no team as a team, and no team is formed by snapping a finger or writing people on a paper titled “Team X”.

Surely you have already experienced the situation when you find yourself in a new team. Even when you found yourself in the first grade of elementary school. Or the first year of high school or college, the first time at work, etc. Some people you may have known better from the past, some just from sight, others not at all. The environment was also new, as were the ways of working and the desired results. The first few hours, days, or weeks were probably quite demanding before everything “somehow sat down.” After a while, everything ran into a certain rhythm, new things became a habit and overall you just got used to it. But was it good or bad? How did you feel? How effective was it? Sometimes better, sometimes worse, right? What were the main differences? Probably in what stage of team development you have reached. END_OF_DOCUMENT_TOKEN_TO_BE_REPLACED

During our engagement in various companies or during discussions on our courses, we ar…

As part of our Agile & SCRUM training, we are increasingly getting into a discus…

Some of our customers