During our engagement in various companies or during discussions on our courses, we are increasingly discovering that there is such an inconvenience here in the Czech Republic … In English speaking countries they call it Dark SCRUM or also Technical SCRUM. These phenomena very often lead to the failure of an agile approach and subsequent resistance to anything that begins with the word agile. What is it about and how to stay on the bright side of SCRUM?

What is a Dark SCRUM?

In short, it is a misunderstanding of the agile approach and SCRUM itself. The traditional approach to project management and related activities in strong corporate thinking focuses its attention on things like:

Imagine that with this mindset, we begin to implement (!) Agile … but without changing the way of thinking and still focusing on individual performance, specific deliveries in a clearly estimated time, etc. Just another way to deliver, produce. And we have a Dark SCRUM! 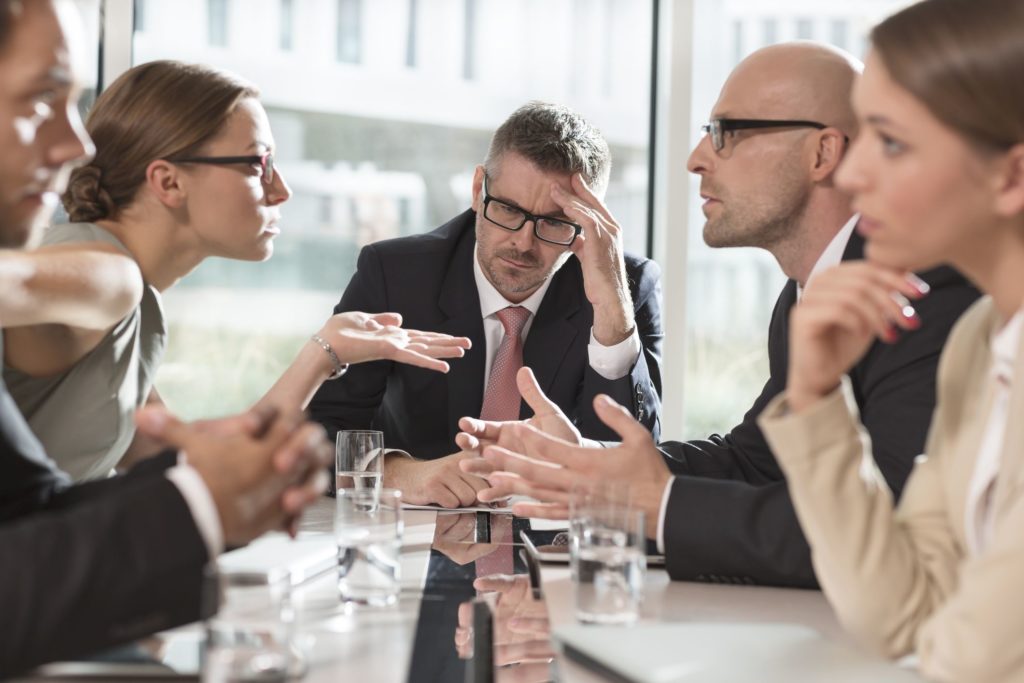 How the Dark SCRUM manifests itself

Usually not all at once, but often (in a slight exaggeration) appear situations and conditions such as:

It is quite obvious that something like this simply cannot work well. And it doesn’t work either. SCRUM is directly based on a self-organized, competent team that receives as much and as direct feedback from the customer as possible, and in cooperation with the Product Owner adjusts its next steps – as transparent as possible, in the form of sprints. The above approaches are in stark contrast to these basic SCRUM principles. So the recommendation is not to try SCRUM in such an environment at all. Until the thinking or understanding of what SCRUM is based on has changed.

The Dark SCRUM and Shu-ha-ri concept

It is actually also a failure to respect how to learn something well. The Japanese have their Shu-ha-ri concept:

We don’t even have to go to Japan … a model of apprentice, journeyman, master of crafts … has worked here in Europe for a long time … and it’s actually the same thing.

So if we are talking about agile and it is new for us, it is simply advisable to follow the SCRUM guide as it is written. We are apprentices. Start doing SCRUM and throw something out of it right away and start doing it differently, because “we don’t like / we don’t believe / we are used to something different” is often the way to… hell and the result is very often a dark SCRUM.

And what is it other than a dark SCRUM?

As a framework, SCRUM creates certain boundaries, boundaries, for self-organized teams of (competent) people. Apart from a few key events (Sprint planning, etc.), it actually does not prescribe any specific techniques, methods, etc.

There is not exactly written what the Product Backlog should look like, if and what the SCRUM board should be. In fact, only some constraints and the principles to be respected (transparency, control, adaptation) are listed. A philosophy is described in which we try to produce a piece of customer value as soon as possible and get feedback on it as soon as possible. And adapt accordingly.

The actual procedure how to achieve this, which techniques and how to use, is already set by the team. Therefore, in this context, by the way, it is nonsensical to “implement the model X or Y”. The described procedures originated in a certain context, composition of people and after many iterations, when these people changed the procedure through retrospectives (and changed themselves, their attitude, their culture). And they will keep changing. Applying their way to you without going through a similar path is likely to fail. You haven’t discussed it fifty times, you didn’t made the same mistakes, you haven’t changed… Even one of the authors of the agile manifesto likes to say, “The best way to start doing SCRUM is in your own way.” Which doesn’t mean you can’t get inspired. But the copy + paste approach is probably not the best idea.

We welcome changes also in the advanced stage of development…

… because the goal is not to deliver the originally described functionality, but to maximize value for the customer.

Instead of individual KPIs, we focus on the performance of the team as a whole (mesured as delivered value for customers). Individual members are not interesting from this point of view. It is up to all members and links between them, creating a comprehensive social system known as a team. And we understand that there is a need for someone to help the team be effective – the SCRUM Master (if you want to try it, you can visit our training to simulate an agile project with lego4scrum).

Product from our Agile and SCRUM training

Obviously, just a “mindset” alone will not suffice, but it is the basis without which it simply cannot work. How would the inhabitants of Prague from the time of Charles IV look at you if you told them about parliament and democracy? These people wouldn’t understand what you’re trying to tell them. They do not have enough iterations and retrospectives yet… Some “big bang” implementation would probably hurt very much and maybe it did not go well (the French know about it). But you can start explaining things. Trying to find flashes of understanding and to build on it with slow steps.

It is also good to realize that Agile, or SCRUM is not the goal… but the way. E.g. to more satisfied customers, a better product and a more motivated team.

The fact is that it is not possible everywhere right now

Starting to do things in an agile way, or SCRUM has its problems and points to solve. It cannot be deployed anywhere, at any time and under any circumstances. And dark scrum just doesn’t work;).

First, it is advisable to have some suitable products or projects… building a bridge with a length of 1 km with SCRUM probably does not make much sense… (more in this article on the suitability of agile approach).

Furthermore, quite often is the agile manifesto criticized by that it is not quite clearly stated that a functioning SCRUM requires relatively competent people. That is, people who have skills and discipline.

We cannot want people who do not know and / or do not want to create an effective self-organized team from day to day… we must first teach them the skills at the necessary level and also the basic level of discipline and responsibility. Again, it is the responsibility of the “line” management to make it happen (and there is still quite a lot of work left for the line 😉). We also solve how to build self-organized teams.

The environment itself can also be a big stick under your feet. If you have about ninety parallel running systems that share data with a variety of data pumps and widgets and some of it has been running for 20 years and nobody even knows how it is actually done or understands the language in which it is written, you will find difficult to deliver pieces of customer value in short sprints. Maybe you would have to spent several years rewriting everything into new versions that could make possible such iterative approach.

So how to avoid the Dark SCRUM?

But you can always start somehow. There are many elements and procedures you can adopt. There are for example some easy to apply:

E.g. Gradually increasing team self-organization, delegating more and more responsibilities and decisions (you don’t have to start with system architecture decisions of course). But teach them that they will make decisions on their own. It helps a lot if you are able to describe your vision, goal, direction, where it goes. To be able to make decisions from the perspective of short-term benefits or long-term benefits. What better fulfills your product / company / vision?

Another powerful spell is a well done retrospective. Which has very good results even in non-agile projects and teams. It is always good to be able to stop and think about how HOW we do things and not just WHAT we do.

Greater transparency, such as some form of KANBAN (which is the Japanese word for blackboard (or whiteboard?), so we could write the blackboard… but Kanban sounds much more sophisticated;)) and depicting the workflow in the form of leaflets, whether physical or virtual. And limit the amount of work in progress, which is actually the main principle of this famous method. Again, not limited to agile or sw development of course (after all, the procedure comes from the automaker, production company …!).

Let us proceed with an open mind and do not be afraid to experiment slightly. Agile is one of the possible ways to achieve your goals. I wish you that your first steps won’t be too painful.